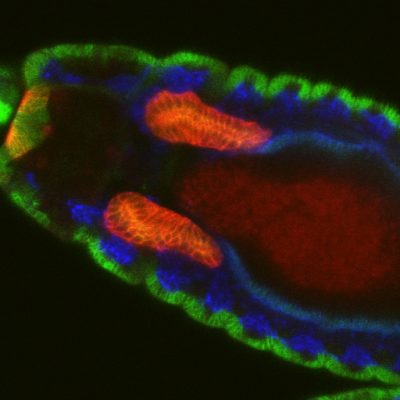 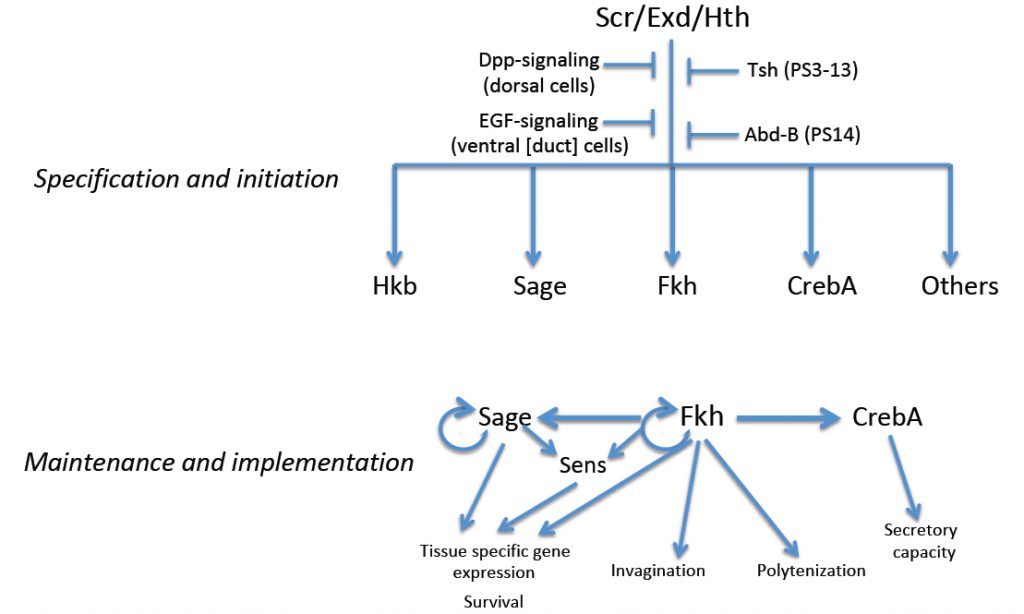 Drosophila embryonic trachea formation requires activation of the JAK/STAT signaling pathway by the Upd ligand. As with the SG, several factors, including the transcription factor Spalt as well as Wg-, Dpp- and EGF-signaling, limit trachea to only a subset of cells that experience JAK/STAT activation. Two major transcription factors are activated by the trachea-specifying genes: trachealess (trh) and ventral veinless (vvl). Both play major roles in maintaining and implementing the tracheal cell fate. Trh maintains its own expression and that of Vvl, and is required for expression of every known tracheal gene. Vvl is required for expression of an estimated 25-30% of tracheal genes.  Thus, similar to the SG, multiple (at least two) transcription factors are required to both maintain and implement the tracheal cell fate decision, with Trh playing the major role in this process. 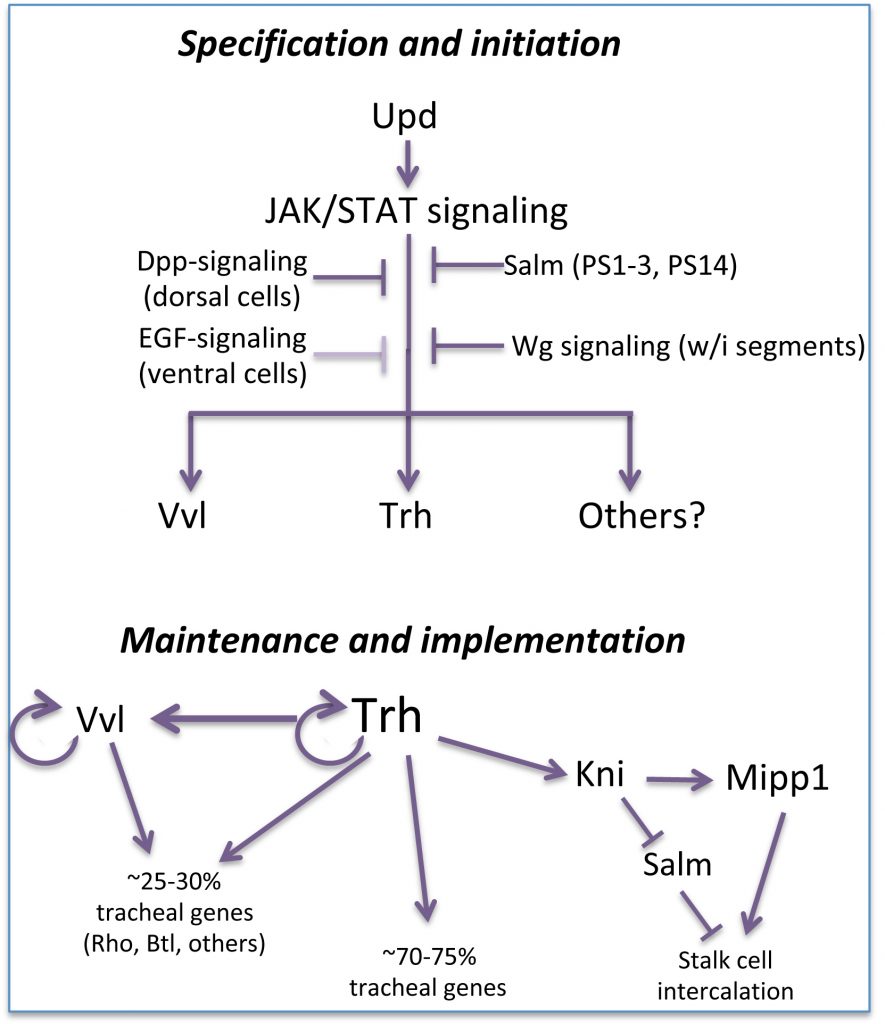